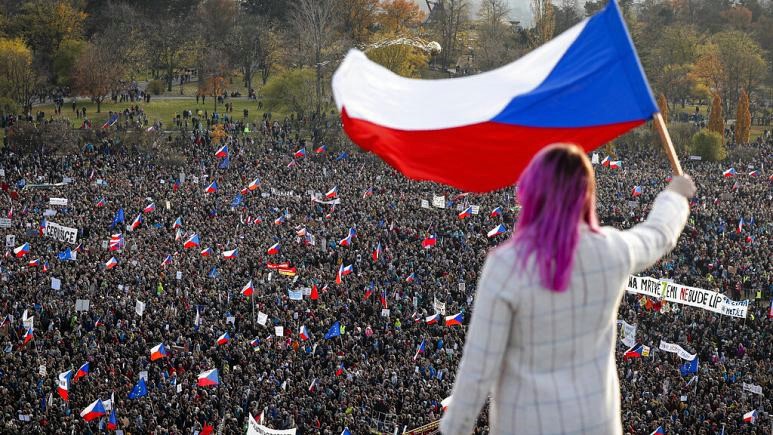 The Czech Republic 2021 legislative election will be held October 8 and 9. All 200 members of the Chamber of Deputies will be elected, and the “leader of the resulting government becomes Prime Minister”.

I learned about the election a few days after arriving in Prague. While in a cell phone store buying a SIM card, I noticed that the streets were torn up outside the building and in areas throughout Prague. Curious, I asked about it, and Vodacom salesperson smiled and said, “elections are next month, so street repair work became a priority”.

Fully understandings Czech politics and the nuances involved in the 2021 election would require extensive research. It’s not an easy topic. I’ve read interesting articles about the candidates and issues and heard opinions on top contenders to watch and who’s most likely to win.

During my time in Prague, life seems calm, at least in the areas I’ve visited. As a solo woman traveler, I haven’t felt unsafe or threatened while exploring – day or night. My only unpleasant experiences were with people who didn’t speak English and become angry after speaking rapid Czech that wasn’t spoken back to them or understood. I’ve experienced this during previous trips, not so much in Prague.

This can happen when purchasing something or asking a question. Apps help, but sometimes make the situation even more tense. Interestingly, post offices are especially difficult for foreigners. You’re warned in advance that most postal workers speak only Czech, but not about how surprisingly aggressive they can sometimes become, if you can’t speak their language. My digression aside, like other countries in the world, Czechs are coping, but fed up with covid.

“The Czech Republic is a parliamentary democracy. Its parliament is divided into two chambers: the Chamber of Deputies (the lower house) and the Senate (the higher house).”

The government executive body consists of the Prime Minister and other ministers appointed by the President of the Czech Republic. These ministers are usually, but not always, elected members of the Chamber of Deputies.

The Czech President is the formal head of state and the Commander-in-Chief of the armed forces, with a formal role in the passing of legislation put forward by the government.

The Chamber of Deputies is the lower house of the Czech Republic Parliament. The Senate is the upper house. Any citizen over 21 who has the right to vote is eligible to be elected to one of the 200 chamber deputy seats available.

Deputies are elected for four-year terms and answer to the Chamber. The Prime Minister stays in office, “only as long as his / her party retains support of a majority of members”. The quorum is set by law to one third (67) of elected deputies. Changes to constitutional laws must be approved by 60 percent of the Chamber. The seat of the Chamber is Prague’s Thun Palace in Malá Strana.

I’ve researched the electoral process trying to gain an understanding of how it works. There are several active political parties and coalitions. Nine of them are represented in the Czech Republic Chamber of Deputies. Coalitions and party splits are especially confusing! Below is a bare-bones summary of some major parties: 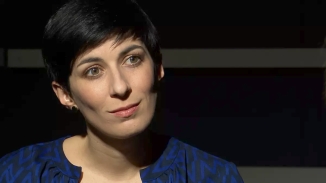 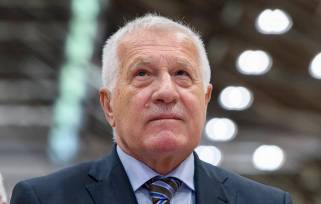 “Within the Czech Republic’s political system, for any elected leader to succeed, they have to reach agreements with other parties and electoral groups after the election, which brings other political personalities into play”.

TOP 09 – liberal-conservative party led by Markéta Pekarová Adamová and founded in 2009 by Miroslav Kalousek, former Minister of Finance, and Karel Schwarzenberg, who served in the Chamber of Deputies, office of former President Václav Havel, and as Minister of Foreign Affairs

Three parties – ČSSD, ODS, and KSČM – have had members elected to every Parliament since Czechoslovakia’s dissolution in 1993. The current government is composed of ANO and ČSSD. All except SPD, SPOLU, Přísaha, and KSČM have seats in the Senate of Czech Parliament, as do the:

A brief overview of three main candidates running for Czech Prime Minister is provided below. The current Prime Minister and leader of the ANO party, Andrej Babiš, was appointed by Czech President Miloš Zeman in December 2017. He’s the 12th person to serve in the office. After being appointed by the president, a new Prime Minister forms a Cabinet and appoints ministers.

President of the Czech Republic

Miloš Zeman became President of the Czech Republic in 2013. He served as Prime Minister from 1998 to 2002, and is a member of the Czech Social Democratic Party ČSSD. The ČSSD has been the historic party of the Czech left since the late 19th century. Currently, the party is embroiled in controversy over an alliance with the current Prime Minister, billionaire populist Andrej Babiš, and his ANO party.

The next Czech Presidential election will be held no later than January 2023. Miloš Zeman was elected to a second and final term in January 2018. He’s not eligible to run for another term.

“In the wake of the Covid pandemic, October’s general election is vitally important for the future of the Czech Republic. Polls currently suggest the race will be extremely tight. The ruling ANO party has gained support of late, but faces limited options for alliances allowing them to form a government.”  William Nattrass expats.cz

It’s safe to say the Czech Republic’s current prime minister, Andrej Babiš, is a “controversial figure”. Born in Bratislava Slovakia, before entering politics, Babiš built the huge Agrofert Holding Company operating in agriculture, food, and the chemical industry. In 2011, he founded and financed the Czech ANO political movement as an anti-corruption organization. He first entered government in 2014, as a junior coalition partner of the Social Democrats (ČSSD).

After the 2017 election, “the tables turned, placing ANO in a leading role with ČSSD supporting them in government”. Babiš became Prime Minister and began a long-running saga about his alleged conflicts of interest. Despite his transferring business concerns into trust funds, an “EU audit accused Babiš of still wielding influence over Agrofert, which has been a major recipient of EU subsidies”. Babiš faces criminal prosecution for alleged fraud in the Stork’s Nest Case. In June 2021, the case was passed to the new European Public Prosecutor’s Office, launched to handle financial crimes against the EU.

In 2019, the Million Moments for Democracy organization led the biggest protests seen in Czech Republic since the Velvet Revolution against Babiš’s government. ANO is a “broad, centrist political movement with few strongly defined ideological positions and an ambivalent attitude towards the EU”. In June 2019, Million Moments “brought a quarter of a million people out to peacefully protest against the billionaire populist ”. Since then, the group has “struggled to maintain momentum during the COVID-19 pandemic”.

His trademark dreadlocks make him instantly recognizable, and he vows “not to bow to prejudice by changing his hairstyle”. Bartoš has been the on-and-off leader of the Pirate Party since it was founded in 2009. A member of the Czechoslovak Hussite Church, he’s a “pacifist who worked in the IT industry before entering politics. The Pirates formed an electoral coalition with the Mayors and Independents (STAN) party this spring to boost their chances of beating Babiš”.

Petr Fiala is the most academic candidate for prime minister, and perhaps the most “traditional choice when it comes to his political education”. Having been director of various political research bodies and university departments, the two-term rector of Brno’s Masaryk University is a long-time student of politics. In his academic work, Fiala specializes in political science and European politics. He’s the leader of the SPOLU coalition, which includes the ODS, TOP 09, and KDU-ČSL parties.

The SPOLU Social Democrats have presented solutions for climate change, such as retaining certain amounts of agricultural land to be left uncultivated and reforming agricultural subsidies to promote nature and wildlife protection.

In 2012, Fiala entered politics as Minister for Education for the ODS government and was elected leader of ODS in 2014. He is trying to modernize the party, and “profiles himself as a respectable conservative politician with no major controversies attached to his name”. The pro-EU SPOLU group “seems the most mainstream option for Czech voters in the October elections”.

Another interesting political figure and Czech oligarch discovered during my research is Petr Kellner. Kellner is a Czech billionaire entrepreneur, founder, and majority shareholder of PPF.

In March 2021 at the age of 56, Kellner tragically died in a helicopter accident while on an Alaskan heliskiing trip. “At the time of his death, he had an estimated net worth of $17.5 billion, making him the wealthiest person in the Czech Republic.” How Kellner’s death at such a young age will affect his vast holdings and the “void” it will leave in Czech politics is unknown. His life is certainly a chapter of its own!

This information about Czech politics and politicians is more than enough for me to try to get my head around. During my travels, I’ve learned that politics in every country is fascinating and almost always borders the surreal. Things may heat up in Prague the closer we get to October! It’s a great break from crazy American politics.