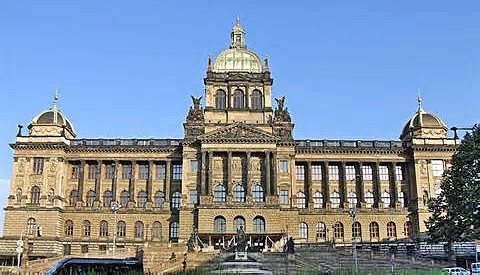 Popular Prague National Museum in Wenceslas Square is usually engulfed by tourists. I haven’t spent much time there but visited yesterday.

The museum has two buildings – original and new. The interior of the main, original building is closed for renovation until June 2015. Construction of the museum began in 1818 and lasted 73 years. It’s an architectural symbol of Czech National Revival.

The newer building across the street became part of the National Museum in 2009. During the communist era, it was home to Czechoslovakia’s parliament and Radio Free Europe.

The new building is open and presenting temporary exhibitions including:

The main museum is at the top of Wenceslas Square, behind an imposing statue of St. Wenceslas on his horse. It’s built on a site which was once Prague’s main horse market.

This 1119 account of King Wenceslas appears in the chronicles of Cosmas of Prague, a priest, writer, and historian born in a noble family in Bohemia.

“….. rising every night from his noble bed, with bare feet and one chamberlain, he went around to God’s churches and gave alms generously to widows, orphans, those in prison and afflicted by every difficulty, so the people didn’t consider him a prince, but the father of all the wretched.”

The National Museum’s entrance hall is grand. Its sweeping staircases have intricate stonework and the walls display colorful frescoes. The exhibition rooms are the main beneficiary of the restoration work in process.

The National Museum initially focused on natural sciences. In the 1900s the museum began acquiring historical objects to balance the science exhibits.

“The National Museum brought about an intellectual shift in Prague. The Bohemian nobility had been dominant politically, fiscally, and in scholarly and scientific groups. The National Museum served all the inhabitants of the land, lifting the nobility’s stranglehold on knowledge.”

In 1949, the national government took control of the National Museum. In 1964, it became the home of five major components:

A sixth unit, the Museum of Czech Music, was established in 1976.

During World War II bombs damaged the National Museum. Moved to an off-site storage location for protection, the collections were unharmed. After intensive repairs the museum reopened in 1947.

During the 1968 Warsaw Pact intervention the museum’s main façade was severely damaged by Soviet submachine-gun fire. “The shots made holes in the sandstone pillars and plaster, destroyed stone statues and reliefs, and caused damage in some of the depositories.”

Despite repair work in the early 1970s the damage still can be seen, because the builders used lighter sandstone to repair the bullet holes.

Construction of the Prague Metro in 1970s damaged the main building. The opening of the North-South Highway in 1978 cut the museum off from city infrastructure and caused higher noise levels, dust, and vibrations from traffic.

Despite wars, unsettling disasters, and unsavory urban sprawl, Prague’s National Museum is still there. It seems to be flourishing and as beautiful as ever! 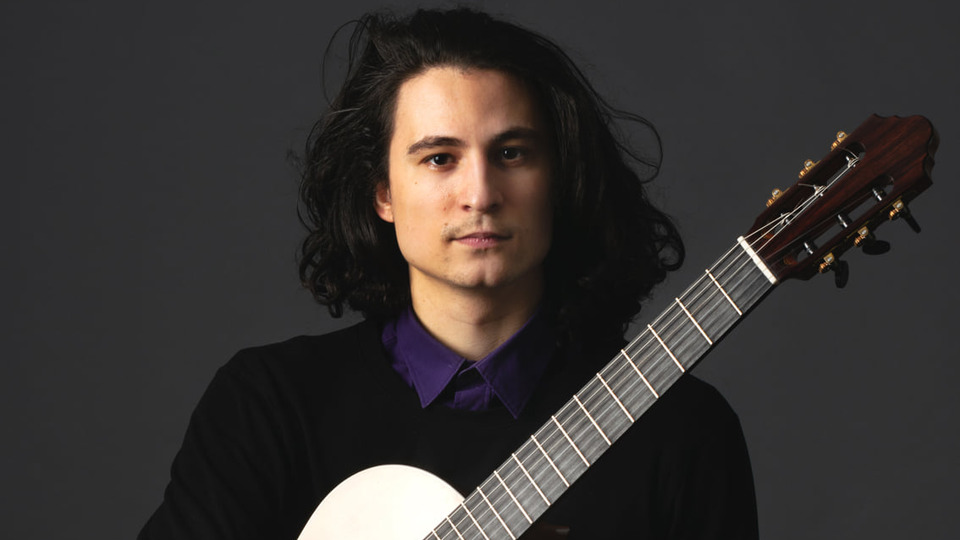