National Museum of Art of Romania

It’s been cold and rainy most of the week, so I visited Bucharest’s massive National Museum of Art of Romania (MNAR). I saw several exhibitions and as expected, the vast amount of art to view was mind boggling.

I found the organization of exhibits confusing, but maybe I saw too many? Works by several of the same artists are on display at different museums, as well as multiple exhibits and floors in the MNAR. Works by Romanian artists were new to me, and it was another interesting, educational day.

Founded in 1948, the MNAR opened to the general public in 1950. Formerly a royal palace during the reigns of Kings Carol II and Mihai I, the building was damaged severely in 1944, during WWII bombings. The museum houses Romania’s “most representative medieval and modern art,” and is considered an “indispensable tool for understanding Romanian visual culture”.

The museum includes the National Gallery with Old and Modern Romanian Art and a Gallery of European Art. Another area displays historical exhibits from the former royal palace, including Throne Hall.

There are many art museums in Bucharest, including:

General descriptions of some of the exhibits I saw and photos of favorites found in the enormous art display follow. There was much to see, and this post is by no means comprehensive. Toward the end of my visit, everything was fuzzy.

Exhibits on the MNAR first, second, and third floors include: 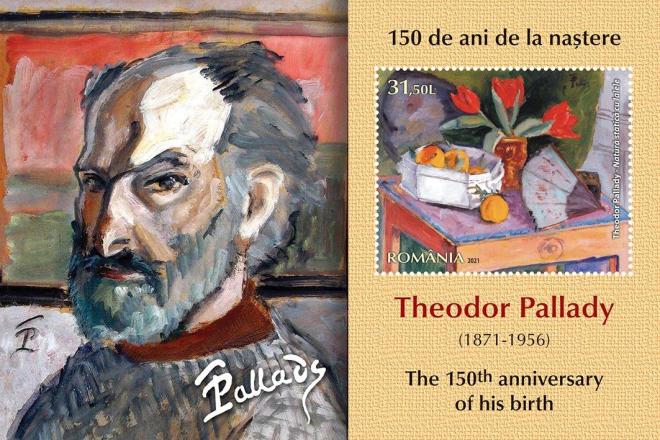 Interesting and provocative temporary exhibits on the ground floor include:

The Pallady 150 exhibition at MNAR honors the 150th anniversary of the birth of painter Theodor Pallady (1871-1956). Pallady holds an “indisputable position in Romanian art history” and is one of Romania’s most important artists.

A larger display of Pallady’s paintings is available in the Pallady Museum. That comprehensive exhibit includes “over 800 prints and drawings from the artist’s Parisian years”. Pallady’s works are part of the “Serafina and Gheorghe Răut collection, donated in the 1960s”.

Pallady was born in Moldova in 1871 to a wealthy family of boyars. During his early education, he pursued technical studies in Bucharest, and later at a polytechnic school in Dresden. In 1889, when Pallady discovered his passion for drawing and art, he fled Germany and moved to Paris to study” at Aman-Jean’s studio.

Another French symbolist, Gustave Moreau, made an impression on Pallady. This is seen in in his paintings by the use of mirrors as accessories “symbolizing vanity, narcissism, and seduction”.

Between 1900 and 1926, Pallady had successful exhibitions in Paris, London, and Bucharest and won recognition for his art. Pallady’s Parisian “workshop colleagues” included artists like Henri Matisse, Albert Marquet, Pierre-Narcisse Guérin, and Henri Manguin. Pallady and Matisse formed a life-long friendship.

“I’m not a painter. I am not, and do not want to present myself as such. I’m not a good brush worker. I’m not a craftsman. Painting, for me, is not a skill, much less a pleasure. It’s a must-have moment. A painful need to confess to myself, honestly and unforgivingly. Painting is the diary of my daily existence. An intimate diary, in which it takes place, without care for me or for others, without feathers and without morgue-direct and fast-pulse of my life, with its fatal variations, from one year to another, from one hour to another.”  Theodor Pallady

Pallady was significantly influenced by 19th century French poets Baudelaire and Mallarmé. He “integrates poetry in his paintings, as a presence and reality”.

French poet Baudelaire said that “if the drawing can be considered an abstract construction, then color can be likened to a poem”. Pallady confessed that “drawing is more honest than painting, being controllable”.

Some critics find Pallady’s works a “rivalry between color and drawing”.

Pallady’s art clearly reflects his fascination with the “beauty of the female body”. His nudes and paintings of women are “set in the model’s personal space wearing unconventional outfits, undressing, or showing lingerie and uninhibited naked bodies searching the artist’s gaze”. Some of the paintings include “beds, sofas, and armchairs, alluding to situations noted by Pallady in his personal diaries”. His still life paintings and drawings were created at a decidedly different turn in his career. 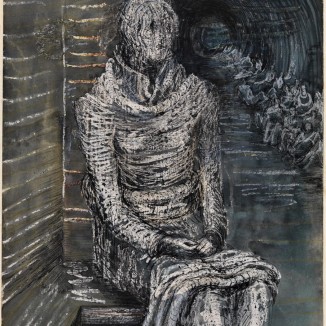 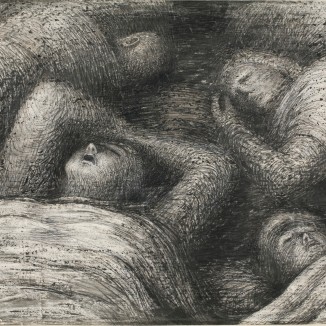 “There is a mystery in every painting.” Theodor Pallady

The exhibition Perspectives by Professor Mircia Dumitrescu is a unique visual experience. His works are literally “constructed” to tell a story. Some are religious in nature, and I noticed several Orthodox priests thoughtfully viewing Dumitrescu’s work.

Mircia Dumitrescu The Myth of the Joy of Living 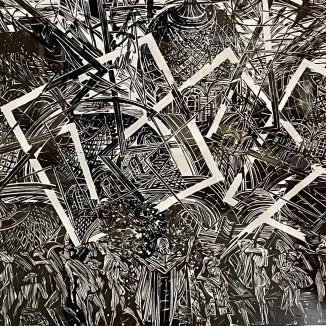 Mircia Dumitrescu The Myth of the Joy of Living

Dumitrescu, a Romanian graphic artist, painter, and sculptor has impressive qualifications. He’s Doctor of Visual Arts, University Professor of the Academy of Fine Arts Nicolae Grigorescu, and a member of the Union of Visual Artists and Romanian Academy. I found his works both beautiful and disturbing. Photographs don’t illustrate them well or tell their story adequately.

The Modern Idol. Henry Moore in the Eastern Bloc

“The exhibition, The Modern Idol. Henry Moore in the Eastern Bloc, is a collective research project initiated by art historians Alina Șerban (Bucharest), Daniel Véri (Budapest), and Lujza Kotočová (Prague). It contains a series of interviews with witnesses of Moore’s 1966-67 exhibition in Romania, the Czech Republic, and Hungary, including sculptors, painters, and art historians”.

Henry Moore is known for his huge “semi-abstract bronze sculptures, which can be seen all over the world”. His work “symbolizes post-war modernism“. Moore’s 1966-67 exhibition was considered the “largest international art retrospective of its time”.

The British Council organized it in cooperation with local authorities in Romania, Czechoslovakia, and Hungary. The exhibition features sculptures and drawings spanning several decades – 1924 to 1964. Current “research explores the stories of images in these showings in Bucharest, Bratislava, Prague, and Budapest, investigating their role in taming political tensions and conflicting ideologies after 1960”.

“Henry Moore’s touring exhibition represents an exceptional moment in the post-war history of exhibitions in the Eastern Bloc. Revisiting such an event from a transnational point of view can significantly contribute to the understanding of the intricacies of 1960s cultural politics.”

The first floor at MNAR is dedicated to Medieval Romanian Art. It includes treasures rescued from monasteries that were targeted for destruction during the régime of Nicolae Ceausescu, Romania’s last “soviet-style” communist leader.

The Medieval Art Gallery features the “most comprehensive and complex museum presentation of art and culture in Romania from the fourteenth to the mid-nineteenth century”. The exhibits comprise hundreds of icons, murals, embroideries, manuscripts, books, silverware, jewelry, ceramics, woodcarving, and sculptures. They follow local Byzantine and post-Byzantine traditions and their “interplay with Eastern and Western influences”. 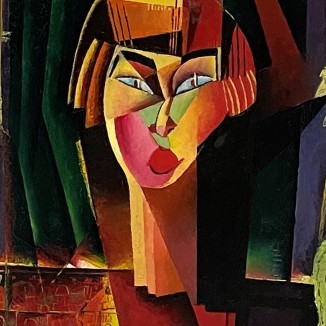 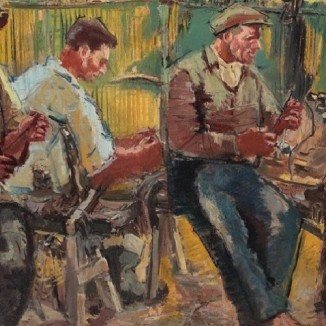 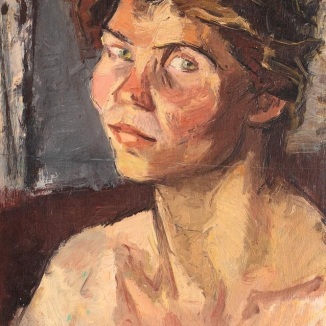 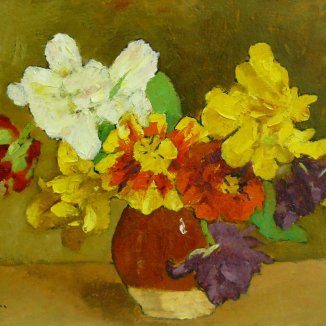 Works featured illustrate a strong French influence and show how Romanian artists contributed to classical European modernism and the avant-garde of the 1920s and 30s. The modern art gallery was one of my favorites. 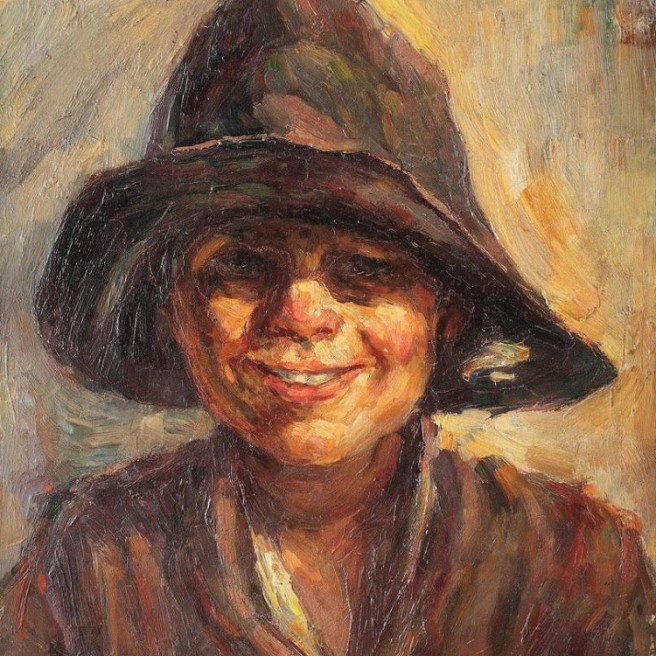 I gravitated toward the simple, beautiful paintings of artists like Ștefan Luchian, Nicolae Grigorescu, Ion Andreescu, Alexandru Padina, and Samuel Mützner. I also enjoyed amateur painter Ion Ţuculescu and avant-garde pieces by M.H. Maxy with their exciting colors and cubist figures. The exquisite works of talented sculptor Constantin Brâncuși, known as the “sculptor of the Romanian soul,” touch your heart with their extraordinarily beauty! Photos of Brâncuși’s amazing work are inadequate. 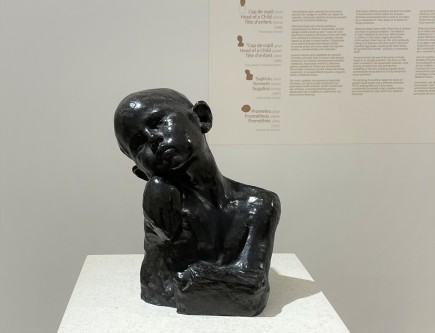 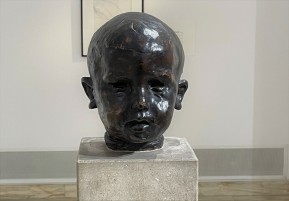 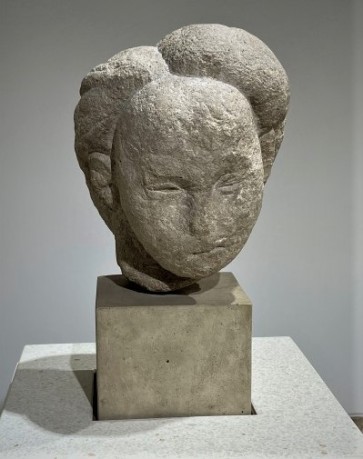 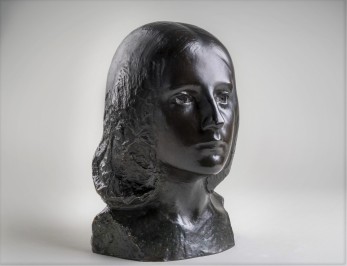 The European Art Gallery is “dedicated to works by great maestros from each European style of art,” including El Greco, Tintoretto, Rubens, Jan van Eyck, Jan Brueghel the Elder, Rembrandt, and Monet. It’s “based on the collection of King Carol I, with additions from various collections, donations, and acquisitions”. The paintings and sculptures on display chronologically reflect the “development of major European art schools”.

Italian art is represented by the paintings of Domenico Veneziano, Jacopo Bassano, Bronzino, Tintoretto, and Luca Giordano. The Golden Age of Dutch Art is reflected in the works of Rembrandt and Jan Davidsz de Heem, while Flemish art is illustrated by Rubens, Pieter van Mol, Pieter Brueghel the Younger, and Jan Brueghel the Elder.

The room dedicated to Spanish art illustrates various periods of works by El Greco, Greek painter, sculptor, and architect of the Spanish Renaissance. Three paintings of the great painter dominate the room, including The Adoration of the Shepherds. 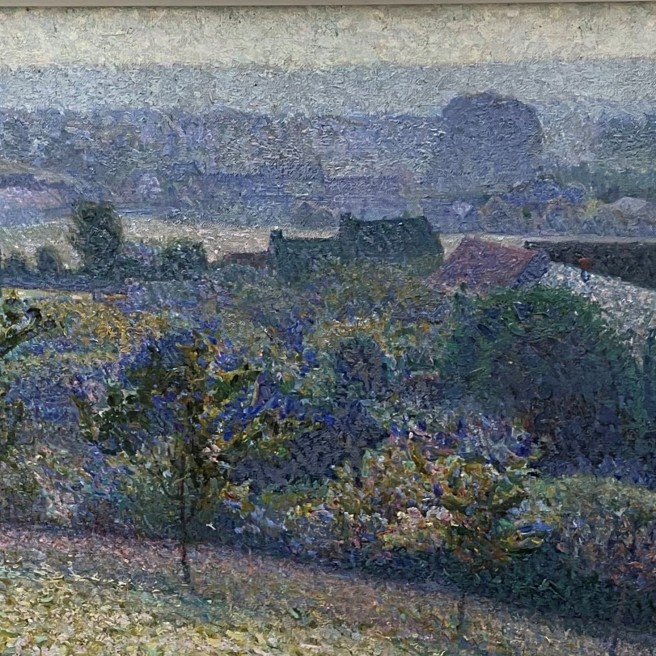 After visiting the gallery, I was famished and headed to Caru ‘cu bere’ for late lunch / early dinner. With covid, many restaurants in Bucharest are closed or operating at bare bones capacity, but Caru ‘cu bere’ is always open and lively.

There was a film crew in front of Stavropoleos Monastery filming what must have been a period piece, complete with British soldiers in full uniform on horseback posing along the cobblestone streets! Caru ‘cu bere was packed or reserved, but they found a small table for me in front of a reindeer’s behind :o). It was a boisterous, interesting crowd of mostly tourists, I think.