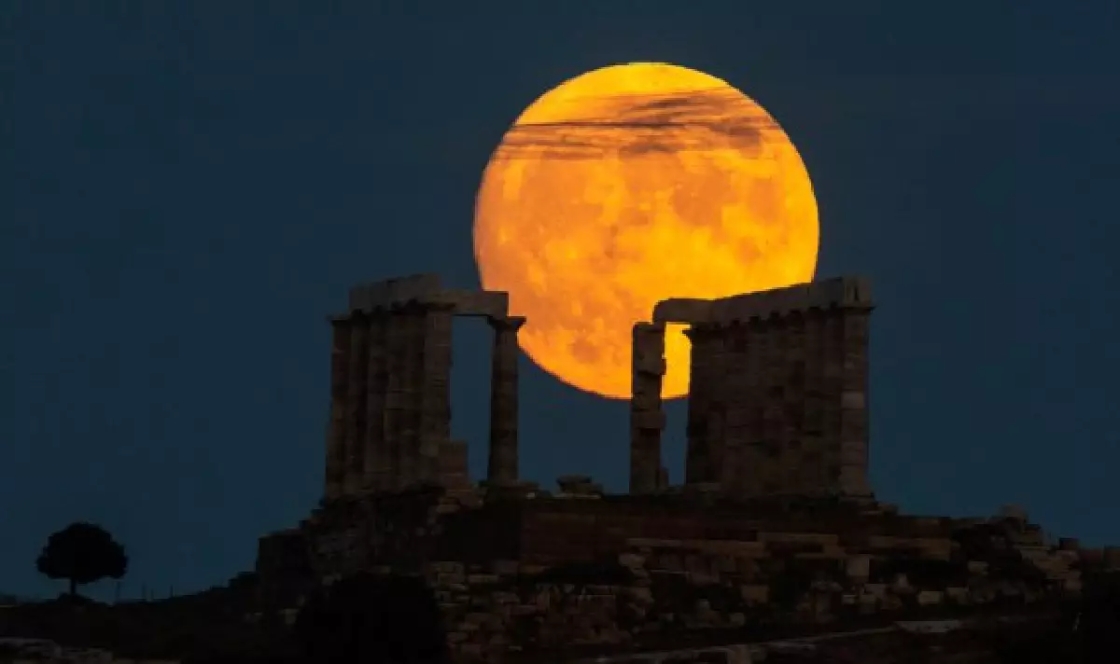 The August Full Moon Festival in Athens was special this year, because of the bicentennial celebration of the 1821 Greek War of Independence. My introduction to the historic Greek War was while viewing an impressive exhibition at the Benaki Museum. The exhibition, 1821: The Collectors’ Choice, is a masterful portrayal of the 1821 Revolution.

There weren’t many tourists on Acropolis Hill to view the full moon, but there were lots of locals. The moon was glorious both nights! It rose away from the Acropolis on the 21st, so there wasn’t a spectacular show illustrated in the eKathimerini.com photo above from a previous year.

On August 22nd, it was a super full moon – also a rare blue moon, and a sturgeon moon! My photography can’t compete with the media shots attached! It was an unforgettable experience! The fabulous photo above was taken at Cape Sounion, a sacred area near the Temple of Poseidon, god of the sea, earthquakes, and horses!

To mark the full moon and war of independence, the Museum offered free admittance and special talks. Afternoons in the Acropolis Museum. providing “rich stories of gallery treasures”. 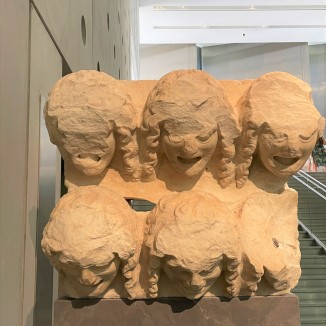 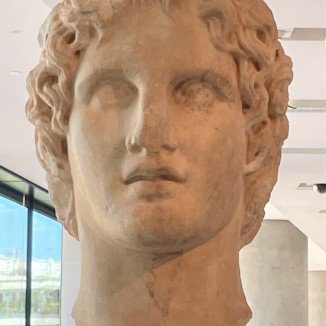 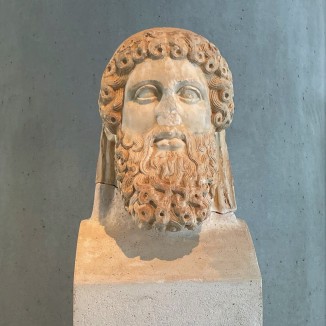 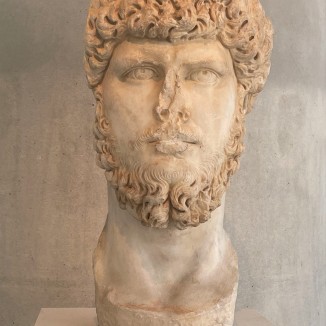 Although I visited the museum during a previous trip in 2013, I decided to take another tour. It’s a spectacular place, but as with most museums, slightly overwhelming. For me, the best part was the non-stop view of Acropolis Hill from windows along the museum’s entire north side! 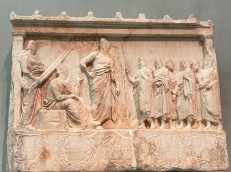 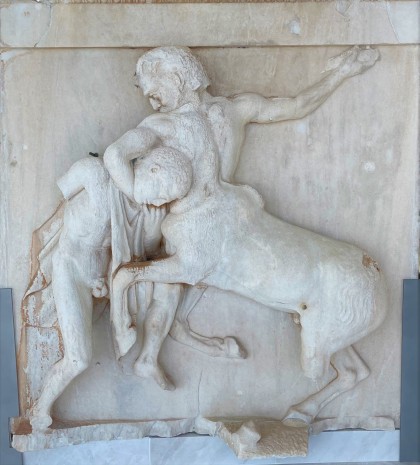 The reliefs, statues, and other artifacts are impressive, but it would take a triple PhD in archeology, architecture, and Greek history and mythology, to grasp the vastness of the find and the deeper historical meaning of the treasure trove uncovered. I learned new words, like kore and caryatid. Stories of the Acropolis, from gods and goddesses to Greek mythical creatures, are fascinating!

The Acropolis Museum celebrated its 12th anniversary in June 2021. In conjunction with its birthday, the museum opened a new thematic presentation, Marathon – Salamis: In traces of Myth and History. With this presentation, “visitors can discuss the Greco-Persian Wars with Museum archaeologists”.

The wars are “considered through the lens of their impact on the western world, and the importance of the Battle of Marathon in the later victory of the Greek forces at the Battle of Salamis”.

“We are all Greeks. Our laws, our literature, our religion, our arts have their root in Greece.”  Percy Bysshe Shelley

The presentation examines the combatants and the role played by the gods and goddesses of Greek mythology in their psyches. After the destruction of the Acropolis, it explores the rebirth experienced following the Greek victory.

This is my last post from Athens, a magical place that has captivated me over the past two months. When there’s something interesting to share, I’ll post from my next destination, Prague Czech Republic. 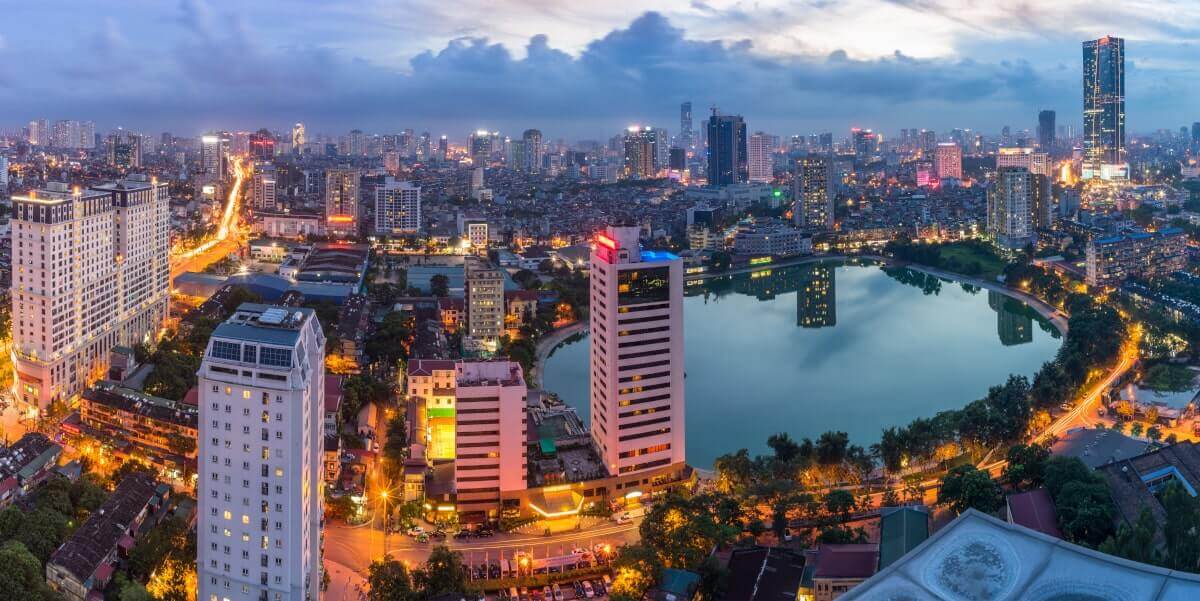