Lively Monastiraki (little monastery) neighborhood is known for “iconic landmarks,” including the ruins of Hadrian’s Library, Ancient Agora, the rebuilt Stoa of Attalos, and the Museum of Athenian Artifacts. Pandrossou, Adrianou, Mitropoleos, Athinas, and Ermou are some of Monastiraki’s busiest streets. The picturesque Acropolis poses perfectly in the background.

The neighborhood is named for Monastiraki Square, which contains the famous Church of Panagia Pantanassa. Other noted attractions include Tzistarakis Mosque, Museum of Modern Greek Culture, and Kerameikos – an ancient cemetery. There’s much to see and do around Monastiraki, so exploring the area thoroughly requires several visits.

“The layout of Monastiraki Square reflects the history of Athens.” Assil Giacheia, The Greek Reporter

Monastiraki Flea Market is a major tourist attraction and one of Athens’ principal shopping districts. It’s a mass of shops selling anything and everything, including quality handmade items. The surrounding streets are packed with traditional tavernas, many with spectacular views of the Acropolis.

The Greek Orthodox Church of Panagia Kapnikarea on Ermou Street is dedicated to the Assumption of the Virgin Mary. This area in central Athens is a popular meeting place for Athenians and foreign visitors.

Also known as the “Holy University Church”, the “church belongs to the University of Athens“. Like many other buildings in Athens, it’s “built on the ruins of an ancient Greek temple, possibly dedicated to Goddesses Athena or Demeter“.

I spent the day roaming Monastiraki. The shops that interested me the most were specialty stores run by local artists selling their handmade products. I stumbled into a small jewellery store, Dina Gritsi, and was fascinated with items made from pearls and local gemstones – lapis lazuli, beautiful coral, brown pink and cream agate stones, opals, chalcedony, sard, and Greek amethyst.

The owners of the shop were friendly but not pushy. They described the stones well, and I spent quite a bit of time looking. I purchased several pieces, including a pair of handmade red coral (korálli) earrings. I haven’t taken them off since I bought them. I recommend Dina Gritsi for their high-quality work!

There’s a community of Greeks and foreigners who sell imported and handmade products on the street. Sometimes the “police harass them, make them take down their displays, or confiscate their goods and charge them a hefty fine to get them back”. I recall a similar situation in Cape Town and heated quarrels over vendors from adjoining countries selling their wares.

I was saddened to see refugees struggling to sell their wares or performing and playing musical instruments for pennies, many were from Africa. African merchants have long sold leather bags and African products in Monastiraki. They find a spot to lay out their wares, and “if a lookout signals them that the cops are coming, they’re gone in about 5 seconds flat”. In Athens, refugee artists and merchants can’t get licenses to sell on the street, and the laws don’t allow them to form a coop or open their own shops. Even so, many people like and buy their merchandise.

Monastiraki Square is a “miniature architectural representation of the melting pot of cultures that have passed from this land, which stands on the crossroads of three continents”.

Like all busy European shopping bazaars, Monastiraki can get a bit hectic and overwhelming. Thanks to enduring covid scares, 2021 tourist season has been a disappointment for Greek merchants. One sad looking guy told me that during a normal season, it took five people to manage his shop. This year, it was only him, and he wasn’t that busy.

Ottoman Tzistarakis Mosque, named for the governor who built it in 1759, stands prominently in Monastiraki Square, Today, it’s an annex of the Museum of Greek Folk Art. As legend goes, “the construction of this mosque released an ancient curse, after Tzistarakis dynamited one of the last remaining columns of the Temple of Olympian Zeus to complete building his mosque”.

Ironically, “destruction of the column coincided with an outbreak of the plague”. The people of Athens blamed Tzistarakis and removed him from power. It’s said the “Temple of Olympian Zeus lamented the loss of its column so loudly at night, nobody could get any sleep”. The noise stopped after Tzistarakis was poisoned.

Hadrian’s Library is between the Agora and Acropolis. Philhellene Roman Emperor Hadrian built the complex in 132 A.D. b to “create a place of academic study worthy of the reputation of Ancient Athens in Letters and Science”. The complex contains “buildings for housing books, reading rooms, teaching rooms, gardens and a pond for recreation, and porticoes for walking”. Hadrian’s Library was discovered in 1885 during excavations after a “great fire destroyed shops occupying this quarter of Athens, known as the Old Market”.

The Ancient Agora provided a place for the citizens of Athens to “meet, bond, and deliberate on issues of the day”. Ancient Greece “made one of the greatest contributions to humankind, by planting the ideals of citizenship and foundations of democracy and political consciousness”. 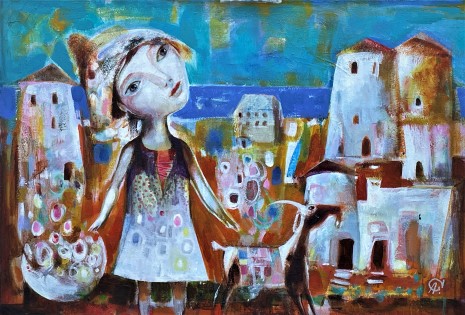 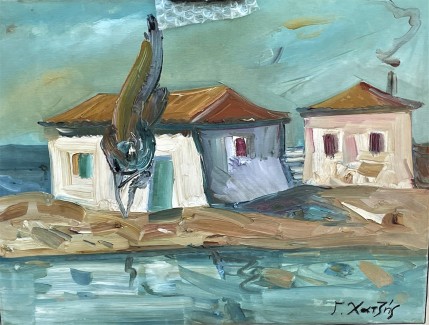 “The Ancient Agora was a dynamic place, where great thinkers Sophocles, Socrates, Protagoras, among others, would meet, and ordinary citizens could come and interact with their peers, voice their concerns, agree on solutions, and plan courses of action.”

Near the entrance to the Agora, there’s the intact ancient Temple of Hephaestus, sometimes called Thission Temple because of the interesting neighborhood where it’s located.

Stoa of Attalos and Museum of Ancient Agora

The Stoa Attalos was a gift from the King of Pergamon, Attalus II, to the Athenians. Today, the Museum of the Ancient Agora is housed in the restored Stoa, which, according to inscriptions of ancient Athens and Attica, dates back to the 2nd c. e.g.

“There aren’t many places like Monastiraki Square which showcase so perfectly the multi-layered mix of cultures which we call Greek civilization. It’s situated north of Plaka, the traditional neighborhood under the Acropolis, and next to the busy junction of two central streets, Ermou and Athinas.”

The Museum’s exhibition includes “finds from excavations dating from Greece’s Neolithic time to the post-Byzantine era, and during Ottoman rule. The exhibition is organized in chronological and thematic sections and provides important information about the private and public lives of ancient Athenians”.

“The oldest exhibits – pottery, figurines, weapons, and shells – date back to Neolithic times, Early and Middle Bronze Age, and Mycenaean and Geometric eras. They come mainly from shallow wells and burials explored in the wider Agora”. 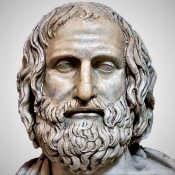 The most important exhibits of the Agora Museum are “related to the functions of the Athenian Democratic Regime”. They date back to the “classical, post-classical times and include: public clay measures, official bronze stations, a marble lottery section, bronze court plates, a clay hourglass, bronze court votes, and oyster shells engraved with the names of well-known generals and politicians”.

Maybe I’ll return to the museums for a closer look at some of the exhibitions. A new exhibition opened to the public in 2012, presenting a “representative image of Athenian sculpture, with emphasis on the important collection of pictorial works-portraits of the Athenian Agora”.

Monastiraki Square presents a “full picture of the diversity of buildings in the area,” from the Ottoman Mosque of Tzistarakis to the Orthodox Church of the Dormition of the Virgin Mary, pillars of Hadrian’s Library from 2nd century A.D., neoclassical buildings on Athinas Street, and the always visible, enchanting Acropolis on the horizon smiling down at everything.