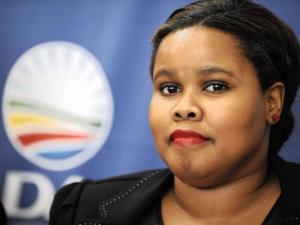 “A signal that the 31 year-old had won came from the sound of ululating that followed a burst of applause from behind the shut doors of Room E249 in the National Assembly building.”

Mazibuko’s campaign over the last month succeeded in persuading a comfortable majority of the DA’s 83-member caucus to back her.

Mazibuko said she was “humbled and honored” and “excited about the future”. She paid tribute to Trollip. “I am grateful for his warmth and support.”

She said she was looking forward to continuing in the tradition set by her predecessors in continuing to build the party as an effective opposition (to the ruling ANC party), and more particularly, as a government in waiting.

Last night, classical guitarist Dragoș Ilie performed at the Romanian Atheneaum. Ilie is considered “one of the most charismatic and expressive young guitarists of his generation”. His recital was conducted in an intimate setting, inside Small Hall, with a masked audience of about 75. Dragoș played beautifully and connected with an audience that clearly loves […]