The Bucharest Village Museum is a marvel! It’s an open-air ethnographic museum on 35 acres along the shores of Lake Herăstrău. The museum “recreates three centuries of the Romanian village” nestled in one of Bucharest’s most beautiful green spaces.

Displays include “346 houses and more than 53,000 objects, unique peasant homes, and technical installations”. Households from the Romanian regions of Transylvania, Dobrogea, Oltenia, and Moldova are represented. Artifacts date from the 17th to 20th century illustrating life in rural areas of Romania, through different time periods and cultures. While walking the grounds, visitors feel like they’re in the villages.

Traditional elements of rural architecture – watermills, fountains, oil presses, roadside crucifixes, and churches – were “disassembled, moved from their original location to Bucharest, and carefully rebuilt using authentic techniques”. Houses are organized according to region, enabling “comparison of the diverse architecture, folklore, and traditional life in these countryside provinces”. I did my best with captions, but no photo is a match for seeing the objects in person.

“The Village Museum in Bucharest has always been an oasis of normality in a sometimes too fast, consumer-oriented world. Whenever we want to clear our heads a little, we go to the village museum, to see the old houses, and imagine the ways Romanians must have lived in the old days. Some – too few – still preserve those old ways to this day.” Corina Chirileasa Romania-Insider.com

Every exhibit has a plaque with a written description and map showing exactly where it came from in Romania. One highlight of the museum is the beautiful, steep belfry tower of the wooden Maramureş church from northern Romania. The interior has “exquisite but faded icons”.

“The creation of the Village Museum is the result of intense, sustained theoretical and field research and museographic experiments. Professor Dimitrie Gusti, founder of the Sociological School in Bucharest coordinated the project for over a decade.”

Other prominent museum highlights include: 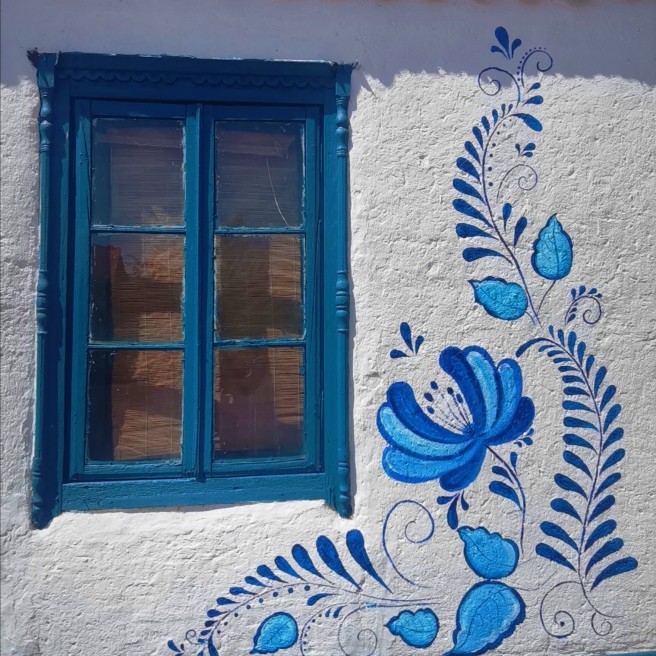 The Village Museum was created in 1936 by Professor Dimitrie Gusti, a notable personality in Romanian sociology. The project was funded by royal decree.

Between 1925-1935, professor Gusti, head of the Department of Sociology at the University of Bucharest, “worked with specialists – sociologists, ethnographers, folklorists, geographers, statisticians, doctors – and students to create the museum complex”. During the process, authenticity and local construction traditions were respected and carefully supervised by Victor Ion Popa, Henri H. Stahl, and craftsmen from villages where the monuments originated.

The structures are made of “traditional materials used by peasants in the course of history, including wood, straw, clay, and stone”. The perishable nature of some of the materials “poses a challenge for the museum”.

Dramatic fires in September 1997 (Transylvania sector) and February 2002 (Moldova and Dobrogea sectors), damaged monuments”. All were restored, with the combined efforts of staff, sponsors, and the Romanian Ministry of Culture.

The museum faced difficult times during WWII, when it was used to host refugees. During the communist regime, it was especially vulnerable at a time when “destroying traditions was a main ideological, political, and economic objective”. Although the houses and artifacts were neglected and fell into disrepair, the Museum “survived and grew, adding new elements of folk architecture to its collection”.

“Bucharest Village Museum is one of those few places that takes us back to the past and inspires us to understand and appreciate it for its true value.” Diana Condrea Uncover Romania

In recent years, grants from the European Union have enabled further restoration and embellishment of the Museum. The collection is “one of the most captivating outdoor ethnographic museums in the world”.

When visiting the museum, you can choose a guided- or self-guided tour. Guided tours are available in English, French, Spanish, Italian, and Russian, but require advance reservation. Audio guides are also available. Signs posted are in Romanian and English. Admission is $3.

I did a self-guided tour and spent about three hours walking around the museum. It’s a beautiful, peaceful, refreshing environment! I saw one or two other tourists. It’s off-season, and that, coupled with covid, makes almost all attractions sparsely populated. It took a few minutes to grasp the layout, but after that, it was easy to explore. Adjoining Herăstrău Lake is known as “a playpen for rare birds”. Cranes, ducks, and other species were in the lake and on the shore. The museum bookshop was open, but restaurants and cafés were closed. I’ll likely return to this fascinating museum for a second tour. 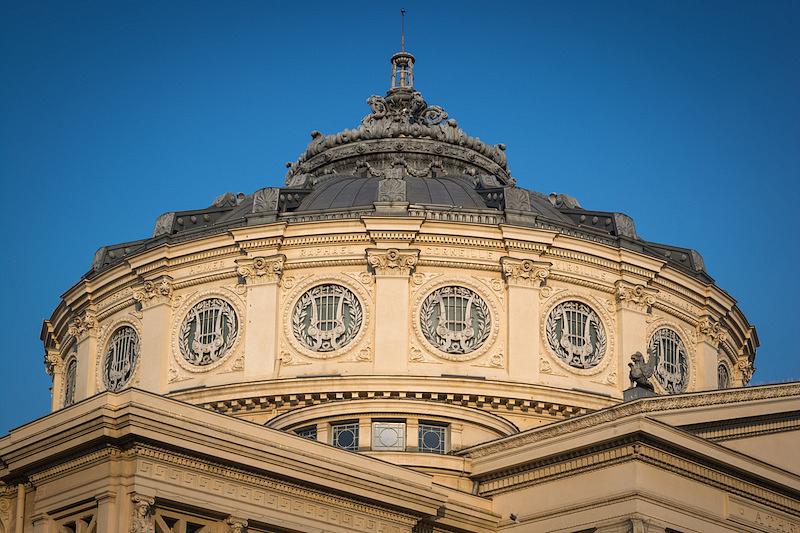 Last night I enjoyed my first concert at Bucharest’s Romanian Athenaeum. The design of the beautiful neoclassic building is said to have been inspired by Greek temples. It “incorporates elements of eclecticism and XIX-century French architecture“. Built between 1886 and 1888 on a circular foundation designed for an American circus, it has over 130 years […]

Bucharest Christmas Market at University Square opened Friday and runs through December 25. I visited yesterday afternoon, but the next time it will be at night, to see the lights. It’s a wonderful, laid-back environment surrounded by landmark buildings, seasonal craft displays, incredible hot mulled wine :o), food carts, a carousel, and an eco-friendly Christmas […]

The Bucharest Village Museum is a marvel! It’s an open-air ethnographic museum on 35 acres along the shores of Lake Herăstrău. The museum “recreates three centuries of the Romanian village” nestled in one of Bucharest’s most beautiful green spaces. Displays Displays include “346 houses and more than 53,000 objects, unique peasant homes, and technical installations”. […]