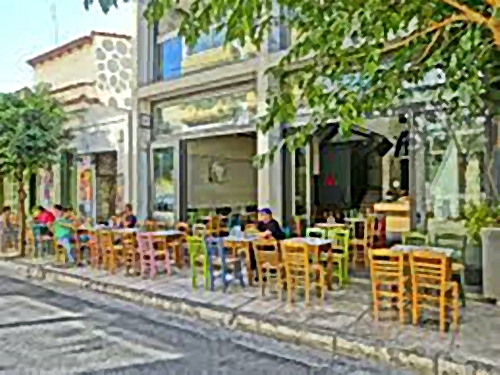 Gazi is a popular, unique district in Athens. It’s named after the Public Gas Works which operated there between 1864 and 1884. After reading upbeat articles about it in the New York Times, I decided to check it out.  The 2013 Athens Jazz Festival begins at the Gazi Technopolis tomorrow night and I plan to attend.

“The area acquired a bad reputation due to the brothels which flourished  there. In 1999, the biggest centre of culture in the city – Municipality of Athens Technopolis – was founded there. It changed the area and made successful use of the old Gas Works premises. Gradually things began to take shape and today popular Gazi has over 60 places to wine and dine, 20 theatres, a variety of music venues, and an outdoor summer cinema.”

Some reviews must have been written during better times when Gazi and its clubs were the “in” place for young Athenians. Today I took the Metro to the Keramikos Station which stops almost in front of the Technopolis. Walking out of the station the area looked like an industrial ghost town – vacant with no people. It reminded me of San Francisco’s South of Market Area (SOMA) in the 1970s before extensive development.

Near the Metro exit on the way to the Technopolis I saw empty cafés with employees preparing for something – maybe evening guests or the jazz festival crowd. I stopped at one café and ordered iced coffee. As I sat in the shade and enjoyed the artistic ambience, several thin, dirty street children approached me.

I walked around the main streets, Pireos and Konstantinoupoleos, and to the Museum of Traditional Pottery, the Islāmic Museum (first mosque seen so far in Athens), and the entrance to the Technopolis. It was almost noon and no one else was out and about, at least not on foot. The streets were full of graffiti. There were a few upscale buildings that were either lofts or boutique hotels – couldn’t tell which – and they were cordoned off from the street. It will be interesting to see how different Gazi looks at night when the jazz festival begins.

One article I read from 2010 said, “The Gazi is the new cool place to be in Athens, full of restaurants, cafés, music, and art by the old city gas-works turned museum-cultural center that may be unique in all of Europe.” Things have certainly changed since that writing, but hopefully events like the jazz festival will bring business back to the Gazi. It clearly has a creative vibe and artistic potential.

I’ve been out several nights for dinner and to some favorite cafés. One evening I stumbled on a wonderful old movie theater near the Panepistimiou Metro station – small but with plush comfy seats, fabulous chandeliers, and a great sound system. They were playing the new Gatsby film – based on one of my favorite Scott Fitzgerald novels. It was pure delight watching the movie in that theater – the perfect place! I feel reasonably safe on the Athens Metro but have not been out very late at night. Assuming I’m not maimed or mugged (smile), I’ll write a post after the Jazz Festival. 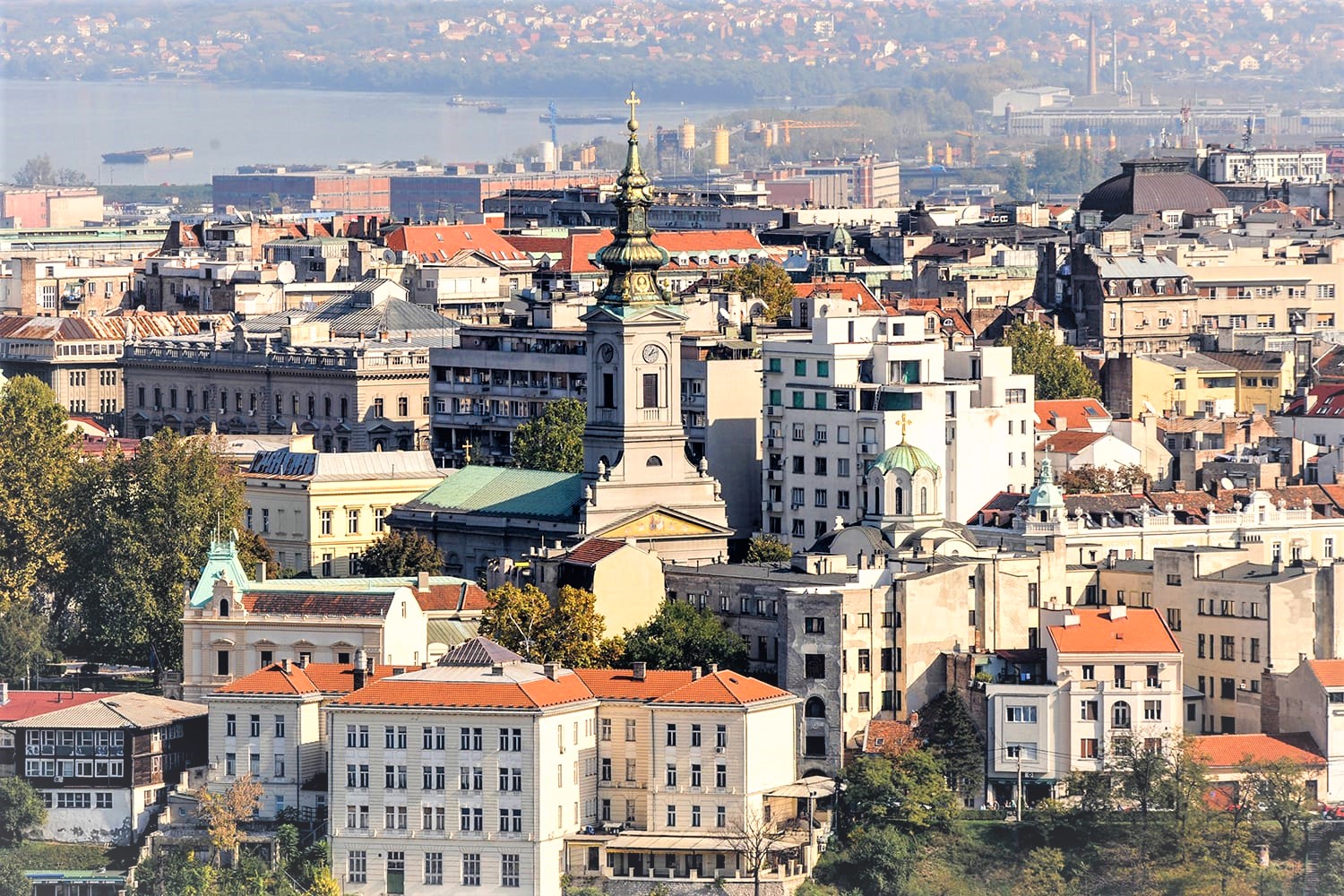 After a long lapse in my travels, finally I’m escaping the US abyss. I’ll arrive in Belgrade May 3rd, grateful to explore foreign soil again – BIG smile! I visited Belgrade in 2019 and enjoyed time spent in the vibrant European city. One of the oldest cities in Europe, Belgrade has seriously impressive history. Its […]

The concept of digital health passports is fascinating. Could restless, travel-deprived humans receive this gift in 2021? Will digital passports rescue us from boredom and help people regain the freedom to travel, or will they create new, complex problems? Eliminating Quarantines and Travel Bans It’s not surprising that the Covid-19 pandemic has sent airlines, airports, regulatory […]